Chinanews client, Beijing, September 17 (Bian Liqun) On the 17th, the theme slogan of the Beijing 2022 Winter Olympics "Together for a Shared Future" was officially announced.

"Together" shows the strong attitude of mankind in the face of difficulties and challenges, and shows that it can break through the difficulties and create the road to the future. "For a Shared Future" expresses mankind's vision for a better tomorrow, and conveys confidence and hope.

"Together for a Shared Future" is an attitude, an initiative, and a plan of action, advocating the pursuit of the common goal of unity, peace, progress, and tolerance, and the pursuit of a faster, higher, stronger, and more united Olympic spirit China’s preaching and expressing the common desire of the world to work together towards a better future. 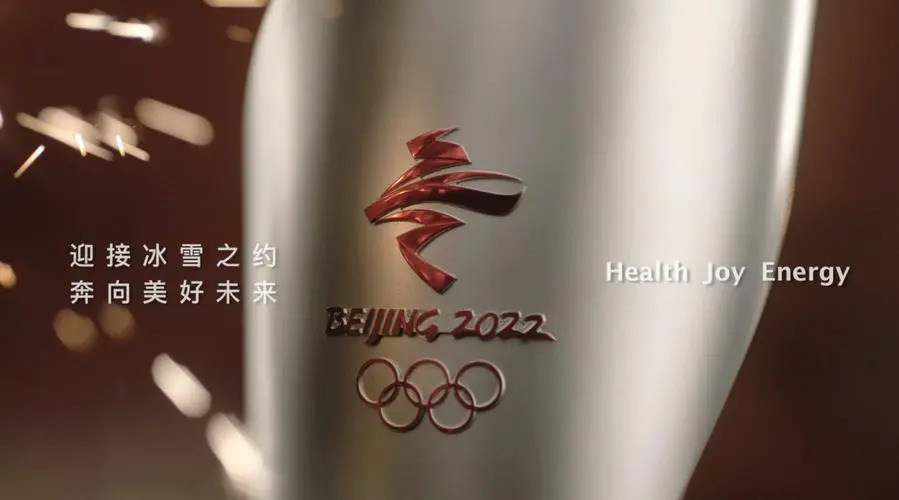 Since the successful bid for the Beijing 2022 Winter Olympics and the Winter Paralympics, under the guidance of the philosophy of hosting the Olympics in a green, shared, open, and clean manner, the country has spent countless days and nights for Unremitting efforts have been devoted to a "wonderful, extraordinary and outstanding" Winter Olympic Games.

On July 31, 2015, at the 128th plenary meeting of the International Olympic Committee held in Kuala Lumpur, Malaysia, it was decided that Beijing would stand out among the bidding cities by virtue of its own advantages and become the host city of the 2022 Winter Olympics and Paralympics.

Beijing has become the only city in the world that has hosted both the Summer Olympics and the Winter Olympics. China has once again assumed the role of a major country in promoting the Olympic movement.

According to the data, there are a total of 18 venue construction and renovation projects in the Beijing 2022 Winter Olympics. In addition to the National Speed ​​Skating Stadium, there are a total of 5 new venues including the National Alpine Ski Center, the National Snowmobile and Sled Center, the Snowboard Jumping Platform, and the First Sports Comprehensive Training Hall; Beijing Winter Olympic Village and Yanqing Winter Olympic Village are 2 new non-competitive venues. . In addition, 8 existing venues will be renovated, and 3 temporary venues will be used for awards and news reports.

On April 25, 2017, the design plan of the National Speed ​​Skating Pavilion with the "Ice Ribbon" as the design concept began to be exhibited at the Beijing Olympic Engineering Construction Pavilion. Photo by China News Agency reporter Han Haidan

On December 15, 2017, the emblems of the Beijing 2022 Winter Olympics and Paralympics were officially unveiled at the National Aquatics Center Water Cube.

A total of 4506 design proposals were received for the collection of emblem designs. After six stages of global solicitation, expert review, revision deepening, review and communication, legal review, and submission for approval, "Winter Dream" and "Feiyue" finally stood out.

The "Winter Dream", the emblem of the 2022 Beijing Winter Olympics, uses the artistic form of Chinese calligraphy to integrate the rich oriental cultural heritage with the international modern style, presenting a new Chinese image and new dream in the new era. The preparations for the Beijing Winter Olympics have since entered a new stage.

The mayor of Beijing Chen Jining took over the Olympic flag from Bach, and the world's attention was also accompanied by the handover of the Olympic flag, turning from Pyeongchang to Beijing, and the quadrennial Winter Olympics officially opened the "Beijing Time". Chapter.

In the highly anticipated "Beijing Eight Minutes" performance, 24 roller skating actors and 24 intelligent robots with transparent ice screens jointly dedicated a performance that uses modern techniques and thinking, and contains elements of Chinese culture and ice sports. At the same time, hundreds of millions of Chinese people have also sent out invitations to the world through the Internet-to meet in Beijing in 2022.

Entering the "Beijing Cycle", the preparations for the Beijing Winter Olympics have been upgraded again.

On July 19, 2018, Beijing time, the International Olympic Committee announced that the Beijing 2022 Winter Olympics will add 7 new competition events, and a total of 109 gold medals will be produced by then. At the same time, the proportion of female athletes in the competition has further increased, and the ratio of male and female athletes has become more balanced.

On September 17, 2019, the Beijing Winter Olympics mascot "Bingdundun" and the Winter Paralympic mascot "Xuerongrong" unveiled. The two mascots connect the future and tradition, integrate sports and culture, and embody inheritance. And innovation is another perfect combination of Chinese culture and Olympic spirit.

The global collection of mascots for the Beijing Winter Olympics and Paralympics lasted 84 days, and a total of 5816 designs were received. In the end, "Bingdun Dun" and "Snow Rongrong" came to the fore, integrating Chinese cultural elements, modern international style, characteristics of ice and snow sports, and characteristics of the host city, vividly showing the Chinese people's attitude towards the Beijing Winter Olympics and Paralympics. Eagerly looking forward to, and a kind invitation to friends all over the world.

IOC President Bach said that the release of the mascot marks another important step for Beijing to become the first "Double Olympic City" in the history of the Olympic Games.

Prev: A variety of plants can build the best 3x3 gro... Next: Little Knowledge of Plant Tent-7