Are LED car Lights Good For Your Car? 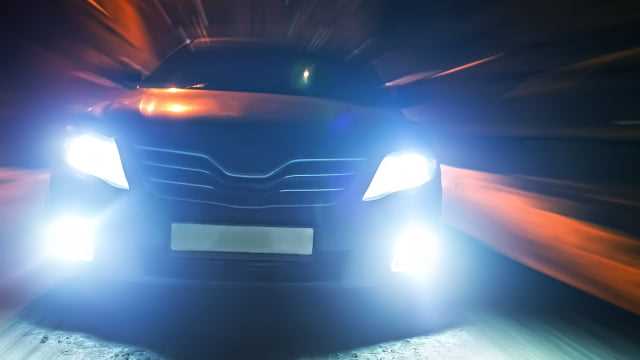 LED lights have a number of benefits over incandescent bulbs. These include a lower glare, a longer lifespan, and better energy efficiency. However, there are some limitations associated with LED lights. For instance, they can't be placed in a place that creates a great deal of heat.

One of the most noticeable benefits of LED lights for your car is reduced glare. These new light bulbs have a longer and wider beam than traditional headlights. They also produce less glare, which makes them less likely to blind other drivers. They also come with a much faster response time than high-intensity lights, which can take time to reach full brightness. However, LED lights come on instantly when you turn them on. Using LED lights for your car will also make the driver behind you aware of your brakes.

To combat glare from LED headlights, you can install anti-glare driving lenses. Using these lenses will help reduce the glare, but you should also avoid looking away from the road. If you need to avoid the glare, you can look down to the right side of the road, but be sure to keep your eyes on the road.

If you are thinking about installing LED car light in your car, you should know how they work and what to do with them. Most LED kits include a circle adaptor, which you need to turn to insert the LED bulb into the housing. The LED bulb should be inserted so that the cover cannot be removed, and then you should turn the bulb to lock it in place. If you do not have a circle adaptor, you will need to cut the cover to fit the bulb.

LED bulbs offer many benefits over traditional bulbs, including longer life, sharper cycling, and less heat. In addition to this, they also are more energy-efficient and reduce power consumption. To determine which type of LED bulb is right for your car, you should check the auto bulb specification. You can find this information on the Sylvania or Philips website, or on auto parts stores such as Amazon.

LED lights are more expensive than their halogen counterparts, but they will last longer and produce a more intense light. In addition, LEDs are better at illuminating the road ahead, which will improve your safety and visibility on the road.

LED lights have a longer lifespan than conventional incandescent bulbs, but the exact amount is not known. Manufacturers estimate the life of their LEDs based on average usage and similar circumstances. In general, an LED bulb should last between 500 and 1,000 hours in a surface-mounted fixture. If it's used less frequently or in an environment with intense heat, the lifespan may be much shorter.

LED lights' lifespan is influenced by several factors, including ambient temperature and bulb case temperature. LEDs produce less heat than incandescents, so they should be placed in cool, dry environments. It is also important to allow LED bulbs time to cool before switching them on. Using these tips will make LED bulbs last longer.

LED lights are also more energy-efficient than other light bulbs. They use less power than traditional lighting sources, but it is important to be careful when using them. Don't overload them, as this may shorten their life span. Also, don't use different-lumen-wattage bulbs in the same fixture. You'll also want to be careful not to overload your LEDs with too much electricity, as this can reduce their lifespan. If you're looking for a longer lifespan, you should opt for high-grade LED lights with built-in drivers.

LED lights are an excellent choice for vehicles because they use less energy than their conventional counterparts. This can help reduce the amount of fuel your car uses, and lower your car's tax bill. LED lights also have a longer lifespan than standard bulbs. A quality LED light can last up to thirty thousand hours. These lights also have a higher lumen output, which makes them more visible. They can also make it easier to see items in your car's dark interior.

LED lights can be retrofitted to your vehicle's existing incandescent bulbs. If you're upgrading a light bulb, check the owner's manual to find out how to do it. The bulbs have extra wires that need to be connected. Wire strippers are useful for this purpose because they can remove the insulation from the wires. The power wire connects to the light's circuit and the ground wire connects to a convenient ground point.