Does LED Headlights Need a Fan? 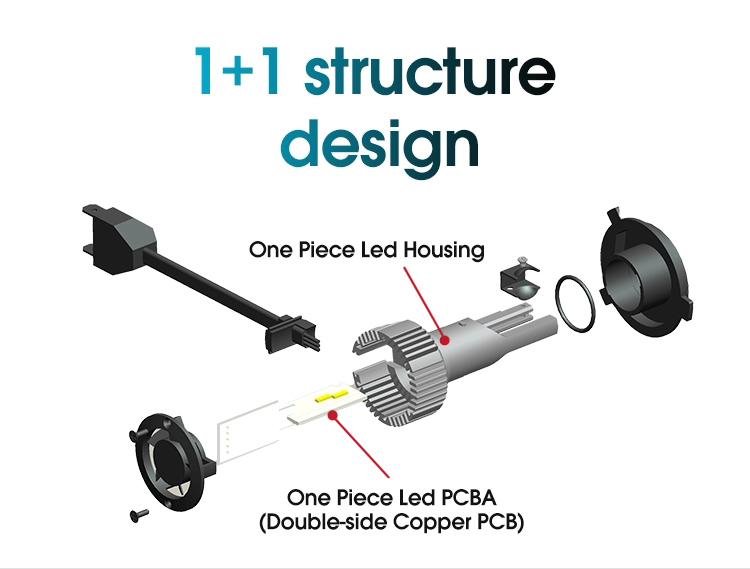 LED headlights are often prone to dust collection from the outside. This can compromise their performance and consume more power. Furthermore, fans are not very effective against high temperatures, as the heat transfer of aluminum cannot withstand high power. So, do LED headlights need a fan? If yes, why is a fan necessary? Read on to discover the answer. We will discuss three factors that influence whether LED headlights need a fan.

LED headlights require integrated motor electronics to function properly. These electronic components require a good chip and a way to draw heat away from them. The technology used in LED headlight bulbs is becoming increasingly more sophisticated, and this has paved the way for their widespread adoption. While HIDs remain superior, LED lights are the standard in the automotive industry. These headlights can last longer and provide a high level of brightness.

LED headlight bulbs must be protected from excessive heat by using a heat sink. These devices have fins to help them radiate heat away from the LED package. Despite the use of fans, a heat sink cannot completely prevent LEDs from getting too hot. In order to keep LEDs from overheating, a heat sink must be sized appropriately and designed for the specific LEDs being used. Here are some tips on heat sinks for LED headlights.

An LED headlight bulb is not a replacement for a regular halogen bulb. While the LED itself does not require a heat sink, the heat that is produced by the bulb can cause damage to the surrounding metal. Heat sinks for LED headlight bulbs are available in different shapes, sizes, and materials. For example, a heat sink made of braided copper will perform slightly better at dissipating heat than a non-fan-based design. Nevertheless, copper is susceptible to corrosion and is not a good cooling solution. The Putco Silverlux features a braided copper heat sink, which was tested at 90 to 144-degrees Fahrenheit.

Fans are needed for the cooling system of LED headlights. The heat from the LEDs gets accumulated in the bulb and can reduce its performance. It consumes more power, which is not ideal for an LED headlight. Moreover, it is important to keep the fan working properly to maintain the life of the LED headlight. Here are some ways to increase the fan's efficiency. Read on to learn more.

- The original design LED headlights need a fan to operate properly. LEDs need a fan to cool the bulbs, just like the original headlights. A fan is also needed for cooling, and the driver is built into every LED. So, it is important to choose an LED headlight bulb with a small fan to prevent heat buildup in the LED. But it is also important to check the lens and low levels before making a purchase.

LED headlights have numerous advantages. For one, they use less energy than other headlights. These bulbs are much smaller than halogen bulbs, which waste 80 percent of their energy in heat. LED headlights are more energy efficient, allowing more intense light for the same amount of energy. They also tend to be whiter, which means they offer a crisper view of the road. The increased visibility can increase driving safety.

An LED headlight requires a fan to cool the LEDs inside. The bulb casing is made of aviation aluminum, which dissipates heat better than standard metals. Most LED headlights have a fan, but they can also be without one. The fan will reduce the light output, but the light will remain brighter than the ones without fans. If the fan is working properly, the headlight should be cool to the touch.

The heat produced by LED headlights can cause plastic components in the engine bay to melt. LED headlights have a thermal conductive copper plate, which helps remove heat from the chip. A metal shell is typically used in headlights, and the fan will help move the heat away from the chip. The LEDs themselves are known for their efficiency, but their high brightness needs a fan. However, a fan can make it easier to cool the LED headlights without the need for additional heat dissipation.

Prev: How Do I Hide My LED Strip Power Supply? Next: What Kind of Round Lights For Jeep to Choose?