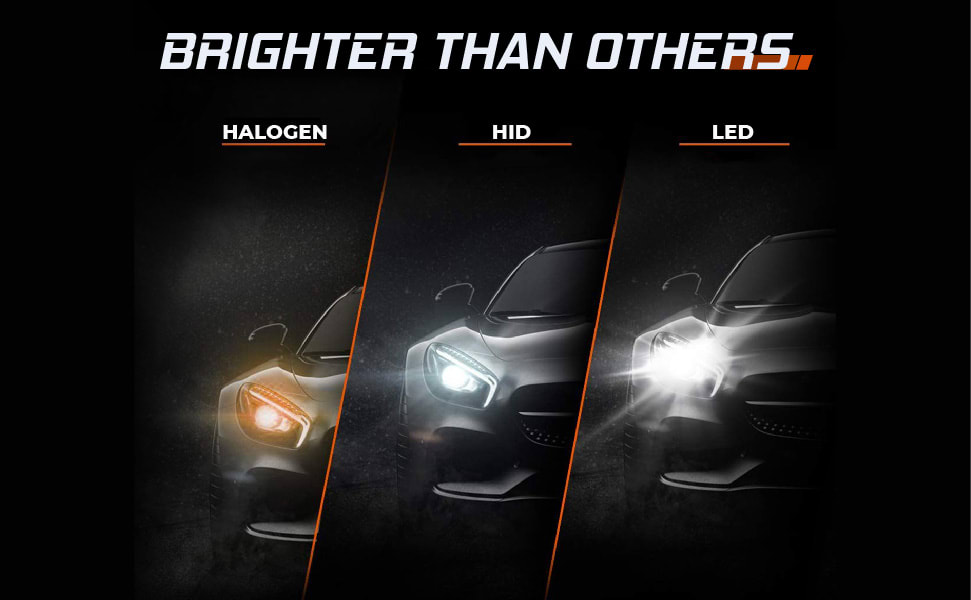 An LED car light is generally more powerful and has a crisper beam pattern than a traditional headlight. You can also mount your car light in a variety of locations. For example, you can install it on the roof of your vehicle, or on the sides as a ditch light.

Another benefit of an LED headlight is that they are much easier to install than halogen bulbs. Moreover, they have a much smaller footprint compared to other types of headlights. Additionally, LED headlights are more energy-efficient. You can also opt to get a car light with the same physical characteristics as an OEM one.

Modern LEDs have a high power density, making them perfect for use in vehicle headlights. However, they must be kept cool to avoid melting. This can be done with the use of small fans, which are specially designed for LED headlight operation. These fans are not as big as those that are used in normal car headlights, and they don't take up much space in the car.

The glass transition temperature (Tj) of an LED can have a significant impact on its performance. This temperature marks the transition from a hard state to a softer one, causing the LED to suffer from thermal expansion inefficiency. This can also lead to failures. It is therefore important for the junction temperature of LEDs to be kept below the temperature of the entire enclosure.

LEDs can be cooled through three main methods. One method involves integrating the heat sink directly on the LED component or using a metal-clad PCB. However, this type of design is not reliable when the LEDs are high-performance. Another method is using artificial surface magnification of the LED assembly's contact zone.

Before deciding on whether to install LED car lights, you should know that the latter is significantly more expensive than halogen bulbs. This is because LEDs need a cooling system, which typically includes fans and heat sinks. Because these are placed in the engine bay, which is already hot to begin with, the cost of cooling the lights is passed on to the buyer. Moreover, LEDs are generally available only as an upgrade for some trim packages.

Halogen headlights are still popular in the automotive industry. They adorn the lower end of every car manufacturer, although they're rarely found on super-modern cars. Mercedes, for example, offers halogen bulbs on many of its models, including expensive SUVs. Toyota, meanwhile, has a popular model with LED headlights.

Although LED lights are generally more expensive than halogen lights, there are many advantages of using them. LEDs are brighter and use less power than halogens. Moreover, they can be shaped in various ways, making them flexible and easy to fit into different designs. This gives automakers more freedom to use LED lights as they are not constrained by a standard design.

Prev: Are RGB Fog Lights Legal? Next: What is the Point of a Whip Light?