Outshine The Rest With The Finest LED Car Lights 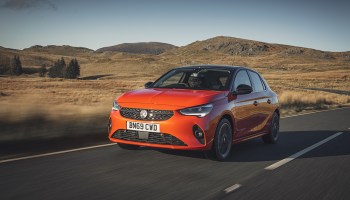 Choosing the right LED car lights can make a big difference when it comes to how your car looks. They can help you outshine the rest of the crowd and make your car the envy of the neighborhood. Fortunately, these lights come in a variety of styles, colors, and prices, so you can find the one that's right for your car.

Whether you're upgrading your headlights or replacing your old ones, you'll want to know what type of car lights are best for your vehicle. Halogen vs LED lights are two of the more popular options.

LEDs are a newer lighting technology and are designed to be brighter, last longer and require less energy. LED bulbs use a semiconductor to create a white light, compared to halogens which use a tungsten filament to generate a yellow light.

Halogens are cheaper to purchase and install, but don't last nearly as long. On average, a halogen bulb will last about 2,500 hours, compared to an LED headlight bulb that will last about 30,000 hours. Halogen bulbs are also not as efficient as LEDs, since most of the energy is wasted on heat.

On the other hand, LED headlights are more efficient at illuminating the road. The LED bulbs on a newer car usually emit a beam pattern, whereas halogens are omni-directional. This allows LED headlights to be more effective at lighting up a road, since they emit a more focused beam.

LEDs are more efficient because they consume less power and generate less heat. They are also easier to replace than halogens. However, they don't always work the way drivers would like.

Xenon and Halogen car LED lights are two different types of lights that you might want to consider when it comes to your vehicle. While they have different light outputs and effects, they both are relatively reliable and inexpensive. Choosing between these two types of headlights comes down to personal preference.

Halogen lights use a tungsten filament to generate light. This filament is heated by electric current, which causes it to glow. This light is then deposited on the glass of the bulb.

Xenon lights, on the other hand, rely on xenon gas. These gas compounds interact with the filament producing light. This results in a more precise, longer and brighter beam.

Halogens have been used for many years in cars. They are affordable, bright, and provide a good colour. But they are not as efficient as LEDs.

In addition to being more energy efficient, LEDs are also safer. They do not produce a yellow glow, and they disperse light evenly. They also tend to last longer than halogens. They are also increasingly being used in high beams.

Whether you're driving on a nighttime road or just want to make your car stand out, the right car LED lights are sure to impress. Aside from their aesthetic appeal, they also improve visibility and safety.

LED lights are a lot more durable than halogen bulbs, and they offer a better, brighter beam of light. The LED lights that are manufactured today are also energy efficient. They use only 95% of the energy that halogen bulbs use, and they last longer.

Another benefit of LEDs is the fact that they can be placed in tight spaces. They're also very easy to install. For example, the Kensun LED light is one of the easiest bulbs to install, and it doesn't require messy wiring. The LEDs in this light are also water-proof.

Another advantage of LEDs is that they can be used to create various patterns of light. They also have a high service life, which can last for up to 50,000 hours.

However, LEDs may not be the best choice for every driver. Those who drive seldom should consider LEDs. This is because LEDs will not burn out as quickly.

Xenon lights are also an option for some drivers. They're a good choice for DIY installations, but they're not as bright as LEDs.

Prev: Top Ways to Add Style and Protection to Your Jeep Next: Who is Favored to Win World Cup 2022? - led r...