When Should I Use Driving Lights? 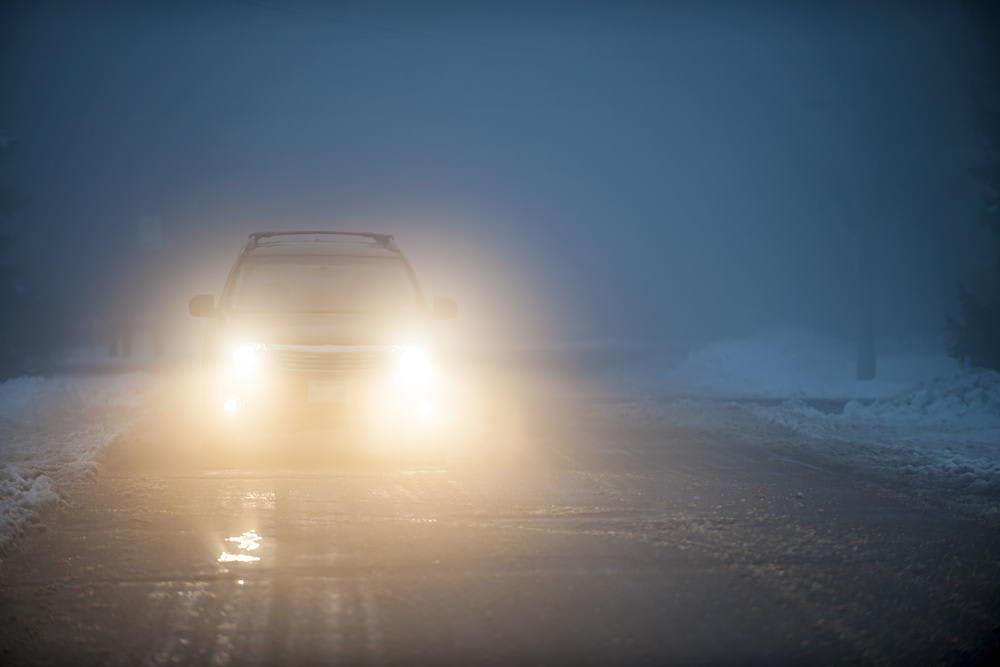 Fog lights help the driver see in front of the vehicle

Fog lights help the driver see in front and behind the vehicle by lighting up the road edges, lane markings, and other objects in low-visibility conditions. Fog lights are useful not only in foggy weather, but in any situation where visibility is reduced. Fog lights can be turned on or off separately from the headlights by pressing a button located on the fog light stalk.

Fog lights are installed low on the front end of the vehicle and angle downward to illuminate the road in front of the vehicle. The angle ensures that the fog lights' light pierces the fog without causing any glare. The angled fog lamps provide visibility to other drivers and add an extra layer of safety to inclement weather driving.

Driving lights are designed to supplement high beams, and they provide a more even light pattern. They also provide a broader range of illumination than high beams. Lasfit Driving Lights, for example, produce a rectangular beam pattern that provides visibility near the side of the road and out in front of the vehicle. The lenses are designed with a combination of wide (36-degree) and spot (6-degree) optics, giving a smooth blend of light over the entire distance.

Driving lights are typically a wide beam and powerful beam, making them an excellent choice for highway driving. These lights are not intended to blind oncoming motorists and are therefore not recommended for use with 22-inch light bars.

LEDs are a great replacement for halogen driving lights. They are very energy-efficient, producing very little heat and a greater lifespan than their halogen counterparts. These lights also require less fuel than halogens, reducing the wear and tear on your alternator. The increased fuel efficiency makes LEDs a great choice for driving lights, especially for electric vehicles.

LED driving light also produce a white light, which is better for the eyes. This is because they provide near-perfect illumination, contrast, and color rendering. A range of 5,000 to six thousand kelvin is ideal for the human eye, resulting in better perception and vision. LED driving light also help drivers see farther, which makes it easier to detect potential hazards and react to them quickly.

LED driving light can produce different levels of light, depending on the bulb. This type of technology has been known to produce more lumens per watt than traditional fluorescent or incandescent lights. This is good news because it reduces power consumption while increasing brightness. However, LEDs require cooling mechanisms to prevent overheating.

Generally, LED driving light produce less heat than incandescent bulbs. LEDs also have many benefits, including being more energy-efficient than traditional bulbs. In addition, they are resistant to shock and vibration. LEDs are a great choice for driving lights. Here are some things to consider when shopping for a new set of LEDs.

They are legal on dark, empty roads

If you're wondering if driving lights are legal on dark, empty roads, you're not alone. In some places, they're the law! But in others, driving lights are illegal. In such instances, you need to pay close attention to the conditions on the road and drive carefully.

Prev: How Many Lumens is Considered Bright? Next: What is the Difference Between Driving Lights ...